Don’t hesitate to let us know how we can help you. We are here to answer any questions you might have or assist you with a project.

Join our mailing list and stay up to date on the latest smart technology news and events.

With a 22,000 square-foot main house, two guest houses and a 10-car garage, Creative Media Designs was tasked with automating this Florida property. The company selected several Crestron solutions to get the job done. 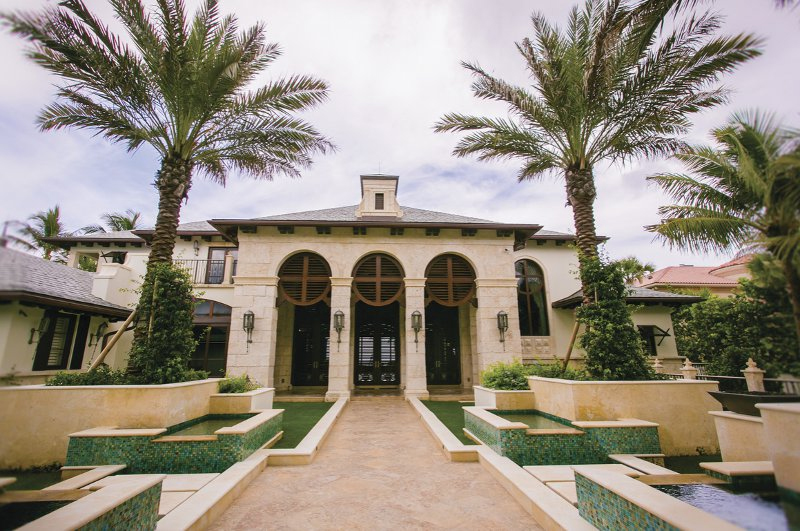 This extensive A/V and automation project had all the makings for one in great need of robust lighting and shade controls, which Boca Raton, Fla.-based integrator Creative Media Designs served up on a silver (fittingly the award they received in Crestron’s Brilliant Lighting Design category in the Crestron Integration Awards) platter.

Consider that this southern Florida residence covers a whopping 22,000 square feet — including a main house, two 1,100-square-foot guest houses and an underground 10-car garage — and sits on nearly three acres of oceanfront property. That’s a boatload of rooms to accommodate and ocean views to preserve.

The sprawling layout made technology integration particularly challenging, according to Creative Media Designs system designer Jim Pearson, who headed the project and worked with local firm Alysyn Technologies on programming.

“We started with a 368-load lighting system controlled by 106 Crestron C2N-CBD-P versatile backlit keypads, and added Crestron in every category imaginable to create a spectacular high-tech environment,” says Pearson.

Along with keypads, global scene control can be adjusted via iPhones and touchpanels including a 15-inch V-Panel on each floor. An astronomical clock was programmed into the Crestron Pro 3 processor, while occupancy sensors in all closets and in the garage sense movement and control which lights turn on/off based on room status, time of day or other scene.

To address all the natural light afforded by the beach location and 300 feet of unobstructed eastern exposure, Creative enlisted local shade specialist Drapery Castle. In all, 35 automated Crestron shades cover the big ocean-front windows as well as the entire second floor.

“Some of the shades appear to quietly vanish into the inside mount shade boxes. They’re concealed behind the sheetrock, which creates an illusion that the shades are magically appearing or disappearing,” explains Pearson.

Other shade boxes are behind crown molding with drapery pockets. Overall, the shades work in sync with the astronomical clock and lighting to ensure views, protect from direct sunlight and create ambiance.